In 2020, the "ICT Young Researcher Award" will again be presented to outstanding students for their scientific motivation and efforts in the profile area of information and communication technology. This year there are three renowned researchers at RWTH Aachen University who will receive this award: Christopher Brix, Md. Rezaul Karim and Dominik Šišejković. 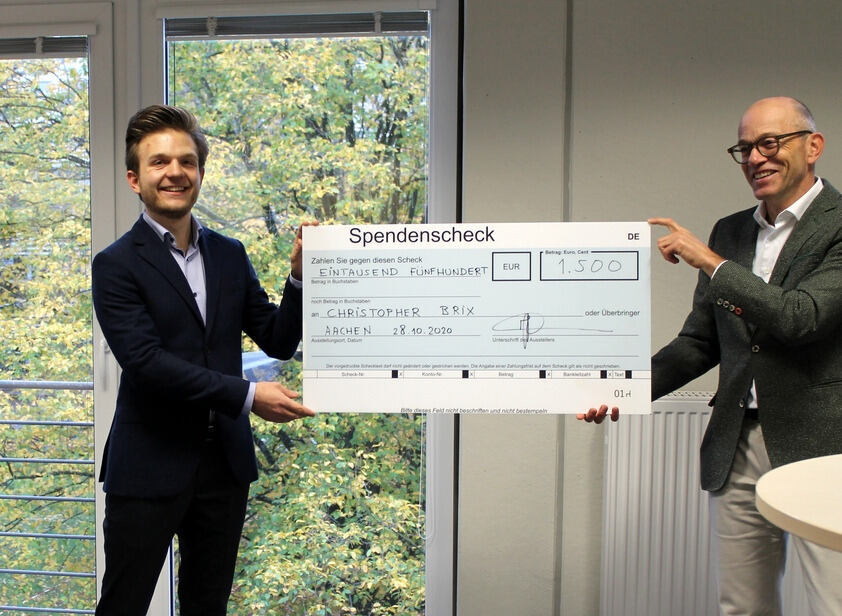 One of the renowned researchers is Christoph Brix. The computer science student focuses on the processing of natural language. The focus of his research is on a novel network architecture, especially for machine translation, which had previously shown promising results in terms of image recognition. In the revised network architecture a two-dimensional Long short-term memory (LSTM) is used. A one-dimensional LSTM is a network element capable of processing a sequence of input values, e.g. a sentence consisting of several words. The two-dimensional version allows two individual sequences to be processed simultaneously. The paper resulting from the research "Towards Two- dimensional Sequence to Sequence Model in Neural Machine Translation" has now been cited 14 times. In total, he has published 5 papers related to neural machine translation research. Brix also developed and evaluated novel network architectures.

Christopher Brix graduated in March 2018 with a Bachelor's degree in Computer Science from RWTH Aachen University. He received a grade of 1.2 for his Bachelor thesis "Extension of the Attention Mechanism in NMT" and is expected to receive his Master of Science in Computer Science from RWTH Aachen University in March 2021. In his Master thesis he presents and evaluates a new technique to prove the non-existence of contradictory examples in neural networks. In the course of his master thesis, Christopher Brix is currently working at the chair i2 under the supervision of Prof. Katoen and under the supervision of Prof. Noll. The focus of the thesis is on robustness proofs for trained networks. For example, image recognition systems can have problems when an image of a dog is manipulated and the network classifies it as a cat. This problem does not have major consequences at first, but gives rise to serious concerns for safety-critical applications, such as autonomous driving or the detection of illegal video content.

Christopher Brix will receive 1,500 euros from the YRA for his further research. We congratulate him warmlyon this success! 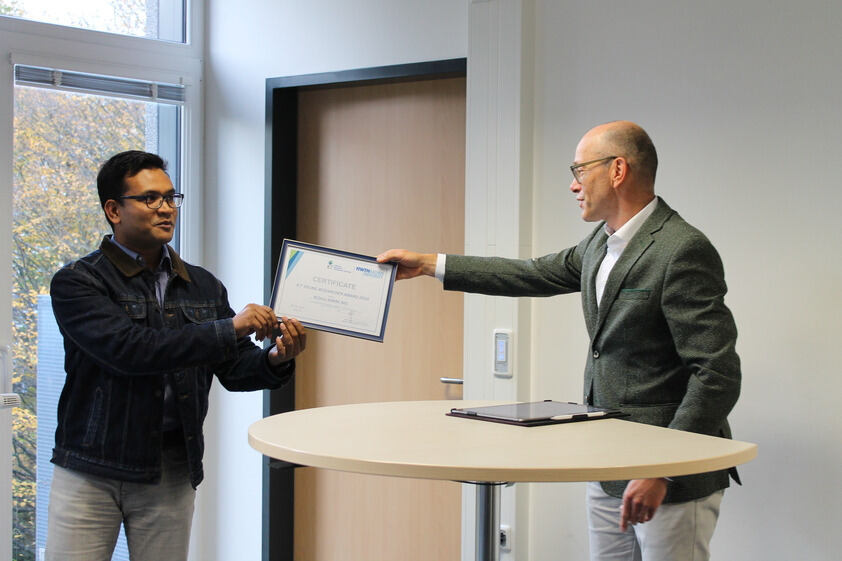 Another renowned researcher is Medical doctor Rezaul Karim. The doctoral student has made distinguished contributions to ICT research in recent years, including publications of scientific articles, contributions to research and open source communities and the supervision of dissertations, as well as in the Bachelor and Master's programmes. In his scientific articles, he offers solutions to key research problems, including machine learning, computer vision, bioinformatics and natural language processing. The focus of his research area is on technologies for efficient machine learning and data mining methods for such large data sets, and the application to medical data are two very relevant and important topics for RWTH Aachen University.

A major topic of his research is the deadly disease cancer. The probability of a successfuldiagnosis and the resulting appropriate treatment depends on the exact prediction of the type of cancer. With the motivation to detect cancer in the human body before it grows, Karim proposed efficient analytical methods based on supervised ML techniques.

Md. Rezaul Karim received his Bachelor's degree in Computer Science & Engineering from the University of Dhake, in Bangladesh in 2008. In 2012, he completed his Masters in Computer Engineering at Kyung HeeUniversity, in South Korea. Since 2017 he has been working as a PhD student and also as a staff member of the Frauenhofer Institute, for Applied Information Technology, under the direction of Prof. Dr. Stefan Decker. In 2020 he received his doctorate.

We congratulate Md. Rezaul Karim on this achievement, and he too has 1500 euros at his disposal for further research. 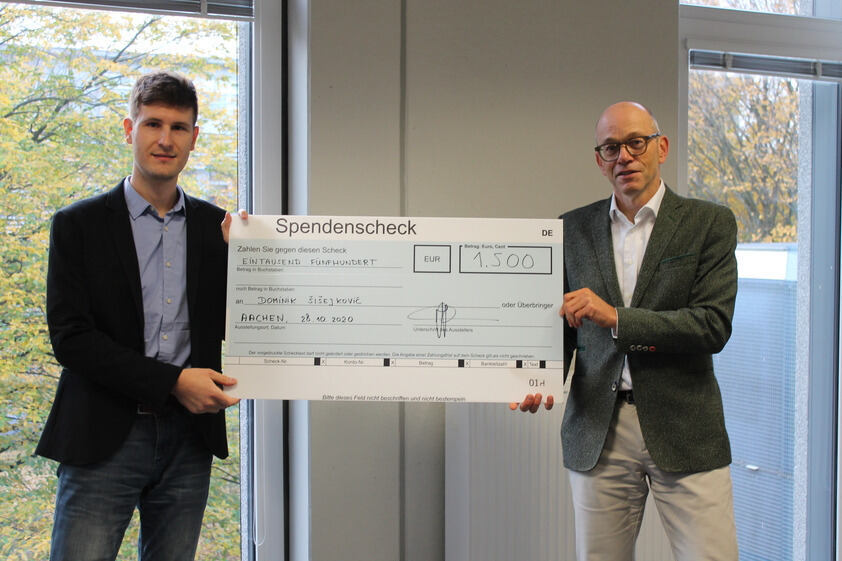 The third recognised researcher and winner of the YRA Award is Dominik Šišejković. He deals with the protection of the integrity of hardware designs. Hardware (HW) is the most safety-critical layer in modern ICT systems. Concerns range from IT piracy to the insertion of malicious circuit modifications known as hardware trojans. Logic Locking - a HW obfuscation technique, a method of protecting the integrity of HW designs, has been particularly highlighted. A Bavarian start-up company successfully transferred the research progress and the developed framework for the application of new logical locking schemes to industry.

Dominik Šišejković completed his Bachelor's degree in Computer Science at the University of Zagrabin Croatia in 2014 and in 2016 he also completed his Master's degree in Computer Science there. Mr. Šišejković has been working for several years as a research assistant at the ICE under the direction of Prof. Dr. rer. nat. Rainer Leupers. The focus of his research area is hardware security for microprocessors. Since 2016 he is working on his doctoral thesis, which he is writing at RWTH University. We congratulate him on this success and are happy to support him with 1500 Euro for his research.